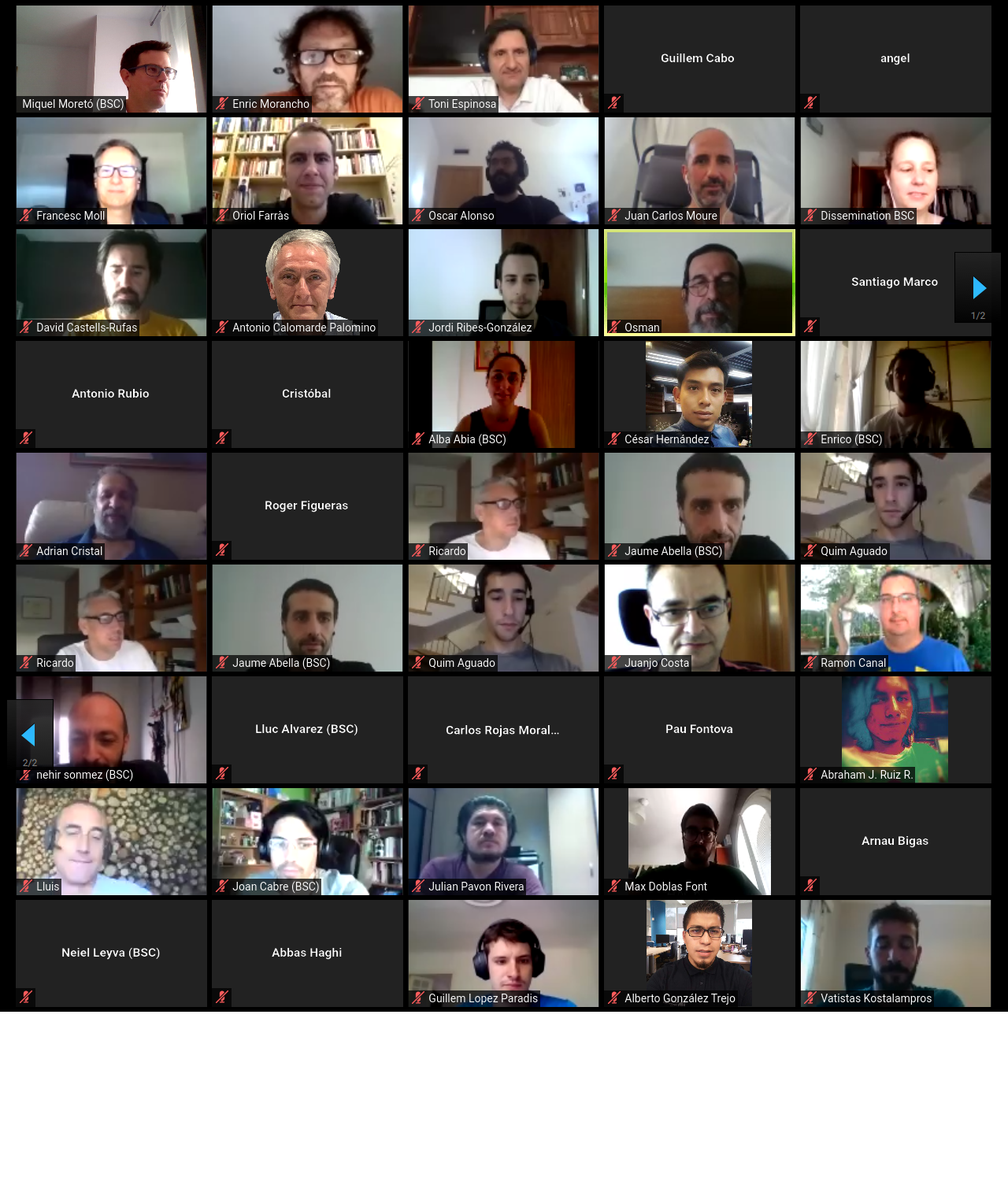 DRAC held the project's first general meeting virtually on 30 July 2020. Five months after the kick-off meeting, DRAC partners came together to align the goals and tasks of the project.

The progress made in the different accelerators for genomic analysis, post-quantum security and autonomous navigation was discuss during the online meeting, as well as the design of the out-of-order processor. Next steps to be followed in the forthcoming months were also established, with the aim to build the first DRAC design based on a general processor and a vectorial accelerator by the end of 2020.